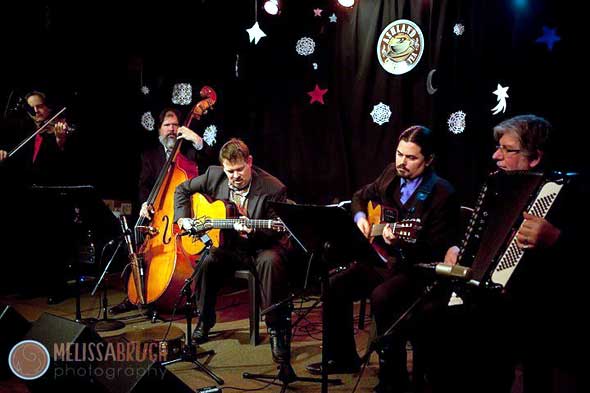 After living and playing music in New York, New Jersey, Washington D.C., Maine, Boston, Phoenix, New Mexico, and Richmond, VA, Robert is now living on the Outer Banks of North Carolina. He is available for concerts, festivals, weddings, and other events. Robert is also available to teach jazz piano, and accordion, including jazz and gypsy jazz accordion, at workshops as well as for individual lessons. Robert is a member of the Norfolk Musician’s Association and the American Federation of Musicians.

Robert’s wife, Gwen Taylor is a wedding officiant, who performs many weddings on the Outer Banks.

Robert performs solo, with various size combos, with Gypsy Roots, a gypsy jazz/world music ensemble from Richmond, VA, and with The Jazzmen, a jazz and swing group located on the Outer Banks. He can be heard on Heartlinks, his solo recording as well as on the Gypsy Roots recording, Chakra Odyssey, and Da Buddha from The Happy Lucky Combo’s recording, The Lucky Buddha. 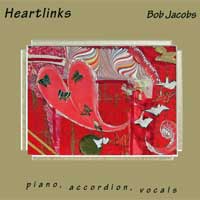 Purchase Robert’s CD, Heartlinks, at CDBaby.com after 12/1/2013, at his live performances, or by contacting him directly (see below). The price is $15 plus shipping, if applicable.

HEAR ROBERT
If you’d like to hear Robert play, check out his calendar.